You’re an idiot, Minon. You can’t live in a house like that. It’s not suited to our climate and anyway, the local approvals officer will have a coronary or a stroke or possibly a rectal prolapse when he sees it.

But wait, if you were to consider Queenslanders the way the people they were designed for used them, country folk that is, you’d keep it as a box with verandahs, a gabled roof and the whole thing sitting up high on stilts. Not big and heavy and blocked-in.

Queenslanders were designed with verandahs and stilts to allow air to flow naturally under them, to cool the whole structure. This was before the arrival of the McMansion with its lack of ventilation and its air-con working overtime to cool the mega-wide-screen home cinema from overheating the entertainment/gaming wing. This was when you didn’t have a Westfield Shoppingtown to go to when you needed to cool down, you went out on the verandah.

Yo Shimada, an architect from Tato Architects studio in Japan knows that about Queenslanders. When he looks at them, he sees a negative space underneath that allows the rest of the house to defy gravity. He doesn’t want to build in under them. He wants to let them float above the ground. It’s about the lovely lightness of it. Remember feeling light? Before things weighed you down? Before you felt the need to block out the world and hide away and kill things on your Playstation?

Here’s a pic of a Queenslander mid renovation. For the love of God, stop right there! Don’t fill in that space underneath. See how it floats now? 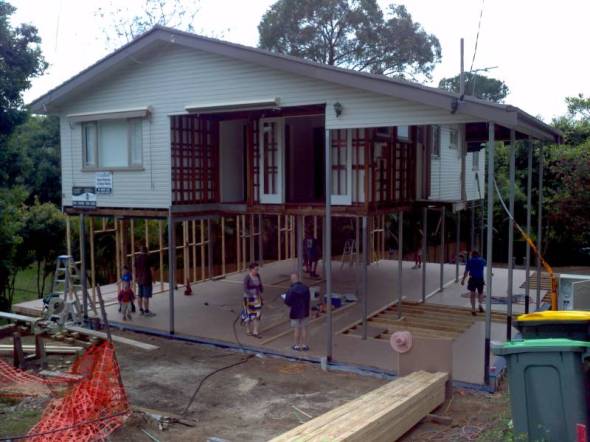 When Yo Shimada saw photographs of Queenslanders that had been opened up underneath, he was inspired to design his own version of a Queenslander in Kobe, Japan. It’s called The House in Rokko. 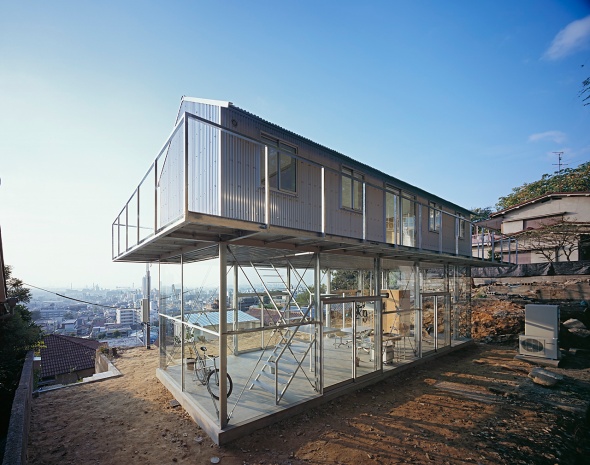 Yo Shimada’s House in Rokko

It floats on a glass box.

This house really does it for me. It makes me feel light for a couple of reasons: because it floats on its glass box; because inside that glass box there is nothing to see but the essentials; a toilet room, a sink, a cooker, and a table and chairs. You could fill it with other stuff of course and it would still look light. Upstairs it’s equally light. Clad in low-maintenance iron, the top retains its verandahs to offer simple shade to the room underneath.

I spoke to Yo Shimada about this house a year ago. I excitedly sent him an email when I saw it on an architecture blog. I asked him if he’d consider designing a simple house like that for someone who lived in Australia. I really didn’t expect to hear back from him.

But I did. And he would.

This guy has ideas. And they’re pure ideas; Devastatingly simple ideas. They are ideas not for the faint-hearted of course.

Here he is presenting his model for the House in Rokko. What could he design for me? What? I’m trying hard not to imagine, I’m trying not to block him in. I’m a Queenslander who is trying to remain open.